Every glass surface in my home within toddler reach is usually smeared with child-sized fingerprints by the end of the day. Okay, I admit…this drove me a little nutty at first. I like to keep things neat and tidy, but every parent knows that it is utterly impossible to do so with little ones around. There are many occasions where I spend an hour cleaning the house, only to turn around five minutes later to find it messy again.

A few weeks ago, it was the the end of a long day. I was cleaning up the house as usual and noticing that the glass patio door that I just cleaned earlier in the day, was covered in fingerprints. Then I glanced over at the T.V. screen and yes—it was covered in fingerprints too. The glass doors to the fireplace…take a wild guess. Well, rather than immediately grabbing a bottle a of Windex and a rag to clean things up, I just paused for a minute.

Then it hit me…

Those were more than fingerprints.

Reminders that I am blessed to have a little son roaming around.

Reminders that he leaves his marks not only around the home, but more importantly…forever in my heart.

Reminders that he is curious, full of life and eagerness to explore the world around him.

Reminders to cherish the moments while he is still little, because those those tiny fingerprints won’t be around forever.

Reminders that no matter how long or hard the day is, I have a precious little boy who I love terribly and he fills my home with more joy than I have ever known.

So yes. There are messy fingerprints around my home sometimes. But one thing is for sure…

They are so much more than fingerprints.

12 thoughts on “More than fingerprints”

I’ve moved! Find me at my new blog, Woven Beautiful! 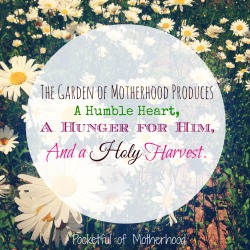